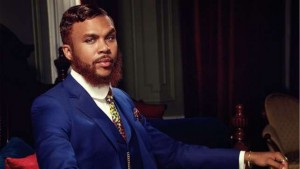 The Nigerian-American music act, Jidenna has definitely said the wrongest thing in his recent interview he had with Vlad TV recently.

By now, you must have gotten wind of the hot social media meltdown caused by the Nigerian-American act, who made a few unflattering comments about Nigeria.

However, what most people didn’t notice was that Nigerian-American rapper, Wale, took to Twitter a few hours ago to throw a subliminal, yet epic shade at Jidenna.

Wale who’s always been proudly Nigerian and has never hidden his undiluted love for the country; made sure to remind the world that he is truly, proudly an Omo Naija. An obvious shade to Jidenna’s diss about Nigeria.

Like Wale has done, hundreds of Nigerians have taken to several social media platforms to vent their disgust at Jidenna’s downtrodden interview.

Jidenna, who was born to an American mother and a Nigerian father from the Igbo speaking part of Nigeria, was asked during the interview to share his experience on when he was in Nigeria to bury his late father, and also on his challenges being light skinned.

Jidenna said: I’m Nigerian-American, and more specifically I’m Igbo-American. He further explained: It means when you go to your village, you’re the only person, one of the few people that looks like you, in my case the only ones that was light skinned, our family was light

On the security issues he encountered while in Nigeria, he further said: Therefore when we go to our village, or when I actually buried my father, I had to bury him, I had to bring a lot of AK-47’s, I had to employ military commandos, just to bury my father.

So that’s how it is, for me being light skinned in Nigeria, in our family, it was difficult, it’s always challenging, we been hounded, we were robbed, our family’s been assaulted, we’ve had a lot of issues he elaborated.

These comments have generated a lot of outrage amongst Nigerians, and Tee Billz made his opinion known by writing:

I really thought this Nigga was classy until I saw @bizzleo1 post. I think you just a classy liar @jidenna you already there so why you got to be a Falsifier to kick it in Hollywood bruh? Im a very proud dark skin Yoruba Nigerian! if I hear say any naija person buy your music, you foolish He Goat! ARE YOU LIGHTER THAN @bankywellington or you sing pass am? @jidenna