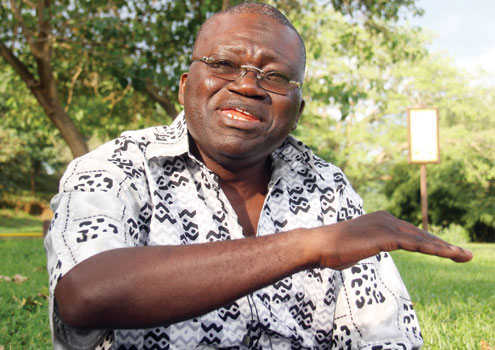 The NLC, however, urged President Buhari to ensure that the governors spend the money on salary arrears and nothing else.

It warned against “a situation that the governors that could not manage their allocation properly will be rewarded by being given special recognition”.

The General Secretary of the Congress, Dr. Peter Ozon-Eson, said: “Our appeal is that Mr. President should please prevail on the governors to ensure that when they get these sharing they should not again blow it on other things. The first priority must be defraying the arrears of salaries and pensions of pensioners who have not been paid for 11 to 12 months”.

Ozon-Eson, who is also the NLC chief economist, said the congress was happy about the Federal Government’s intervention, recalling that NLC had presented the debt profile to the Presidential Transition Committee.

The three-pronged bailout plan announced by the Federal Government on Monday indicates that N413.7billion ($2.1b) will come as a form of special intervention fund from the Liquified Natural Gas (LNG) proceeds and N300billion Central Bank of Nigeria (CBN) intervention loan.

Federal workers who are being owed, are also to benefit from the plan.

But labour officials insisted that state governors must not misapply the cash.

Deputy President of the factional NLC Comrade Isah Aremu said: “President Buhari has been very vocal since he assumed office in making a case for workers to be paid as at when due.

“President Buhari once said that it is a disgrace that Nigerian states could not pay salaries. So, what he has done now is that he has commendably walked his talk. He has also shown that if there is a will, there will always be a way.

“Now, the defaulting governors must learn from the President’s approach – that you don’t have any excuse not to pay workers’ salaries. He has shown that no reason can justify why workers are not paid.

“The governors must also prioritise their needs henceforth in a way that workers are given priority and not rely on the President to give them bailout from the Federation Account”.

Comrade Aremu said labour was happy that Buhari was already living up to his mandate, adding that what is important now is for it to be sustained.

He, however, called on the Federal and state legislatures to rise up to the challenge of making good laws and exercising their oversight functions creditably.