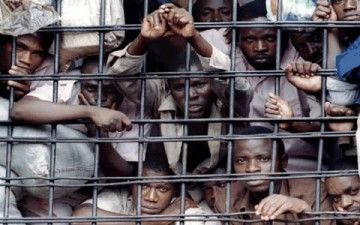 As controversy continues to surround the reported transfer of 49 Boko Haram suspects from the Northeastern part of the country to Aguata Prisons in Ekwuluobia, Anambra State, Chairman of Ohanaeze Ndigbo, Elder Chris Eluemuno, yesterday demanded the immediate relocation of the inmates in the interest of peace and tranquility in the country.

Speaking with journalists at his country home, Nkwelle-Ezunaka, Elder Elumuno said: “Our position is that it is not acceptable to us having them here, if what President Muhammadu Buhari has to give us as dividend of democracy is Boko Haram terrorists, it is very, very unfair.

“Aguata prison in Ekwulobia is not a maximum prison, it is an ordinary prison and if the Federal Government meant well for us, Igbo, it is not terrorists that they will bring to us, it is not acceptable to us and we are asking them to think again and look for a better place and send them there.

“Successive Federal Governments of Nigeria have always taken the Igbo for granted and pleaded that nobody should push the Igbo to the walls to incur their wrath, we are asking him to please, remove the suspects from Anambra State”.