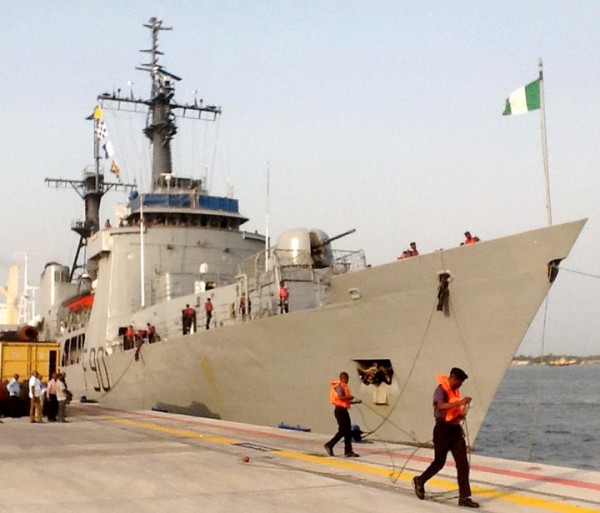 The Nigerian Navy on Tuesday said its efforts have led to a significant reduction in cases of oil theft in the country from 2.4 million to 300,000 barrels per month as at June, 2015.

The Navy’s claim represents a total of 87.5 per cent reduction in the theft of the nation’s oil resources in the maritime domain.

The immediate past Chief of Naval Staff, Vice Admiral Usman Jibrin, made the revelation while handing over the leadership of the service to his successor, Rear Admiral Ibok-Ete Ibas, in Abuja on Tuesday.

The former CNS advised his successor, who according to him, was in his team, to sustain the tempo of achievements recorded by the Navy by ensuring total elimination of the theft of the nation’s crude oil resources.

He said the Navy’s success was in response to a mandate by former President Goodluck Jonathan to the service to reduce crude oil theft and other forms of criminality in the nation’s maritime domain.
He added, “On my assumption of office on January 20, 2014, the nation was faced with a myriad of security challenges which also affected the maritime environment.

“The then President, Commander-In-Chief, therefore mandated the NN to reduce crude oil theft and other security challenges in our waters.

“With the help of Almighty Allah and commitment of our officers and ratings, we were able to reduce losses from crude oil theft, which used to be 2.4 million barrels per month to about 300,000 barrels in the month of June, 2015.

“I therefore urge the new CNS, who is part of the success team, to sustain the tempo of total elimination of the menace of crude oil theft and pipeline vandalism”.

The new Chief of Naval Staff, Ibas, said the Navy would not allow the severe impact of maritime crimes on the nation’s economy to linger.

He added that the scourge of oil theft and other crimes in the maritime domain would be tackled head-on under his leadership.