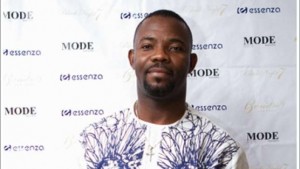 Veteran Nigerian comedian and actor, Okey Bakassi, has spoken up on his relationship with Nollywood actress, Shan George.

The two celebrities once had a very wild romance together back in the days.

In an interview with The Nation, Bakassi who is married with three kids said his relationship with Shan George is cordial and there is no bad blood between them.

“People refer to this as if she is the only person I ever knew in my life. I guess it is because she is in Nollywood. Let me say that we do not see, save from a few occasions we have run into each other at the airport” said Okey Bakassi.

“From what I read in the papers, she is doing well, and life has been good to me as well. We were never enemies and we will never be” he further said.

Okey Bakassi is married to Ezinne Onyegbule who he describes as his friend, they met in 1998 and walked down the aisle 3 years later.