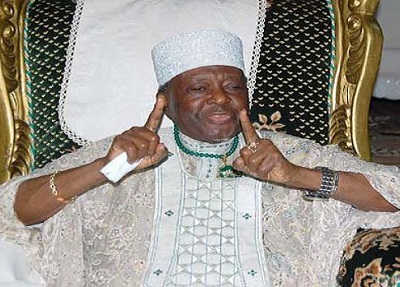 The Ooni of Ife, Alayeluwa Oba Okunade Sijuwade, has died at the age of 85.

Family sources said Oba Sijuwade, who became the fiftieth Ooni in 1980, died in a London hospital on Tuesday around 5pm, after a brief illness.

Although there is no official confirmation as at the time of compiling this report, a source, who spoke on condition of anonymity to The PUNCH, noted that the highly reverred monarch was flown out of the country via the Ibadan Airport about five days ago in an unconscious state.

“Kabiyesi was flown out of the country about five days ago in an air ambulance. He was unconscious; his situation was critical.

“As a matter of fact, some people have been weeping in the palace since the weekend because of his situation when he was flown out from Ibadan in that air ambulance”, he said.