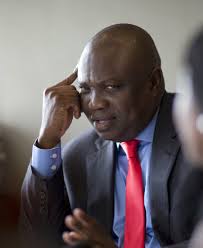 It is no news that the just concluded 2015 polls has really helped in the political enlightenment and participation of Nigerians. The country witnessed a great level of political participation; and this equally helped in mounting some kind of demands “pressure” on the politicians; as the electorates seem to be saying “it is not business as usual”. No wonder, barely a month after the assumption of offices by those who emerged winners at the polls, the populace are expecting them to make good their electioneering promises; almost with a speed of light.

It was on the strength of the citizens expecting quick fixes from the elected leaders, that the President reportedly said “I am not a magician”; being the most hit. X-raying the anticipation and anxieties of Lagosians after the polls, it will not be too much to say that Mr. Akinwunmi Ambode, Lagos State Governor, may be under some pressure. The burden and expectations from the residents of the “Mega city”, which his predecessor, Babatunde Fashola, had started is high. It is usual for new Governments to receive series of almost endless lists of demands from various quarters; especially from those who may be seen as to have been forgotten by previous Governments’ administrations.

While Mr. Fashola attempted to make Lagos a Mega City even though it meant stepping on toes and even asking non indigenes who were not comfortable with the “Mega City” approach to relocate to their respective States of Origin; with a free transport fare from the Government. At the heat of the various agitations that greeted this alleged comment; was the ‘deportation’ of some igbo residents in the state. Businesses and houses were traded for the various mega city projects; the Motorcycle Riders, also known as Okada riders, were hit with the ban of their motorcycles on some major roads in the city. Like the typical replay of Senegal, as told by Sedar Senghor in one of his books, when the Government officials would order the clearing of marabouts from the streets but would secretly go to consult them for prayers; the okada riders would be banned only to run to them to canvass for their votes during elections.

Those businesses who escaped the hammer of the city, were subjected to heavy taxes, levies and numerous yearly payments, some irrelevant. In the imposition of these said payments, businesses were not distinguished. The touts (agberos) were unleashed to wreck various financial havocs on commercial bus drivers (danfo) on a daily basis and also threaten the peace of other road users, a trend which is has lingered till date.

It is shocking that despite the volume of internally generated revenue by Lagos State plus the federal Government’s allocation, Lagos under the watch of Mr. Fashola was reportedly in debt to the tune of N435bn. This is to say that Mr. Ambode has his hands full of ‘work’ to do.  The new Governor, who may still be enjoying his honey moon, may soon start tasting some bitter peels and get tantrums thrown at him from the anxious populace who are eagerly watching to see how his administration will fare. The young administration has received series of hit, the recent being the vicious armed robbery attack of some banks in Ikorodu. I am sure the Governor is strategising on how to offset the debt. I dare to ask, will the brunt be borne by the ordinary man, through heavy taxes?

Being in charge of the helms of affairs of one of Nigeria’s economic power house- Lagos, may be something to excite one, but its challenges are myriad. I will be very pleased if Mr. Ambode can curtail the various excesses exhibited on the streets and public places in Lagos(if the mega city vision is anything to go by), ranging from indecent and indiscriminate urinating at almost any available spaces by both male and female gender; reckless driving and deliberate defiance to traffic rules by motorists; callous and lord-attitude of men of the LASTMA and VIO, who deliberately set snares for motorists so they can extort money from them; the menace and national disasters called “agberos”; palm-greasing at Government parastatals; diversion of Government funds and misappropriation; traffic chaos; Tanker Drivers’ affront to Government’s directives; Security; the list is inexhaustible. This is not forgetting all his electioneering promises leading to the 2015 elections.

The Governor has to carry these entire ‘burden’; this is including the pressures and expectations, and, or demands from his imaginary numerous god-fathers, who may be portraying the Governor as a reflection of “Esau’s skin, Jacob’s voice”.  One can only wish him well, but he has to stand tall and affirms his authority as the Governor of the state; indecision is a terrible killer of persons and institutions; the Governor must not be seen trading this route. While we expect that he gives due regards to those who have come before him and whose hands may have master minded his move into the Government house, it should not be at the detriment of the ordinary citizens whose interests he is supposed to protect and serve. It should not be that of “yes sir” almost blindly.

We expect that the ‘change’ mantra of APC would come alive in the fulfilment of the various electioneering promises made by both the then Gubernatorial candidate and the APC leadership; which wooed the electorates towards the party’s candidate.  I am inclined to think that change is really hear, or I’m I wrong Mr. Governor?