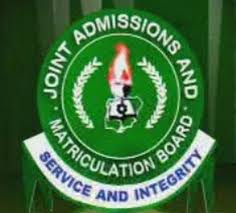 Commonly, Nigerians relive Mathew 22:14, that popular Bible verse that is known to even those who have never been within the four walls of a church. “Many were called, few were chosen,” that scripture that accentuates the gracious disposition of God has, to many Nigerians, become a recitation of the mighty and the strong.

If there is anything that, more than others, practically demonstrates the “many are called, few are chosen” dictate, it is the annual Unified Tertiary Matriculation Examination (UTME) annually organised by the Joint Admission and Matriculation Board (JAMB). Formerly University Matriculation Examination (UME) until 2010, when the entrance examinations into universities, polytechnics, colleges of education and monothecnics were collapsed into what is today known as UTME, a platform that allows candidates to sit for one examination and have a fair chance of getting admitted into any higher institution in the four categories. Though it was criticised at first, that initiative has, today, become commendable. By merging the two examinations, not only did JAMB, under the leadership of the incumbent Registrar/Chief Executive Officer, Professor Dibu Ojerinde, relieved Nigeria of huge resources being expended on the two separate exams; parents were saved of committing money to two examinations of the same purpose and candidates were saved of stress and needless journeys to write the two examinations.

Three years after, JAMB again stepped forward to introduce another innovation in the public examination sector, the Computer Based Test (CBT). This too, like every new development in Nigeria, was greeted with criticisms and opposition, with nearly everyone becoming instant experts on how CBT could never work in Nigeria. But the JAMB Registrar, a professor of Education Measurement, despite the criticisms of the CBT scheme, was undeterred and led the examination agency to achieve what has today become first of its kind in public examination and testing in Africa. Explaining the reason behind JAMB’s decision to embrace CBT, Professor Ojerinde had, in a lecture at the University of Ibadan, stated that JAMB introduced Computed Based Testing (CBT) because it could curb examination malpractices, reduce the waste of resources and the need to follow the technological trend in examination. “Everybody is going technological and if Nigeria decided not to join, I’m sorry we will be left behind, so we should do CBT. It is the answer to exam malpractices,” the JAMB boss stated.

Today, UTME candidates get their results same day they finish the examination or within 48 hours. Before CBT, candidates would travel hundreds of kilometres to check results after three months of writing UME or PCE. Is CBT a success or a failure? Did it fail as most Nigerians feared it would? I will leave the public to be the judge.

While the merger of the UME and PCE and the introduction of the CBT are not the only achievements recorded by Ojerinde, they will remain important landmarks in the life of the Board and the country. But he has achieved both amid distrust and opposition from most quarters.

Therefore, when I saw the protests that erupted at the University of Lagos regarding JAMB’s policy to reallocate candidates who meet up with JAMB’s 180 cut-off but whose scores cannot meet with their choice universities’ benchmark, to other universities with spaces and lesser benchmarks, the first question that came to my mind was “are we being impatient with Ojerinde again?” The situation went a step further as the protestors approached a court to order JAMB to halt the policy.

Without prejudice to the case in court, I looked for answers to the ugly situation that has seen parents and candidates affected calling for the sack of the JAMB Registrar. What exactly is the crux of the matter? Where did JAMB get it wrong with that policy being protested at?

The JAMB Registrar is a technocrat in every sense of the word, having successfully headed the National Board for Education Measurement (NBEM) and later the National Examination Council (NECO), which today is the only truly-Nigerian examination body for secondary schools. Ojerinde, as the pioneer NECO Registrar, was able to weather different storms and turn NECO to a viable body. Therefore, when he and other Board members at JAMB as well as the leadership of all tertiary institutions in Nigeria sense a danger and make plans to avert it, Nigerians should trust them. But that appears not to be the case in the present situation.

According to the explanations offered by JAMB and the Registrar in separate press statements, the Board had consulted with the representatives of tertiary institutions to discuss the problems candidate face on admission and possible solutions. Without being told, Nigerians know the biggest problem candidates seeking admission face is that of limited spaces. Over one million candidates contend for less than 500,000 spaces in Nigeria’s higher institutions yearly. In 2014, the JAMB Registrar stated that only 35 per cent of the 1,735,892 candidates that wrote the UTME in 2013 were admitted; pray what happened to the rest? Many are called, but few are chosen? If hundreds of thousands of candidates pass UTME annually and fail to secure admission because there are limited spaces in the institutions, whose responsibility is it to find a solution? JAMB; of course, which must be why the policy was adopted.

The JAMB Registrar explained that the Board took considered candidates’ scores, choice courses and locations of universities of choice, among others, before reallocating them to federal, state and private universities with enough spaces. But did the protesters really look deeply into the policy before taking to the streets? Do they prefer to waste time and money on post-UTME examinations when already departments have set cut-off marks that their affected candidates did not meet or try their luck elsewhere where there are spaces?

As we await the decision of the court of the case, the protests and criticisms might end up being another case of opposing a beautiful idea at its infancy.