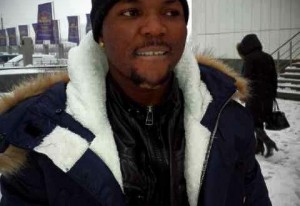 The ‘musical taliban’, Oritsefemi and his former manager, Danku, parted ways months ago over money issues.

According to reports, another reason the singer fired his manager for many years was that the latter didn’t handle his album drop properly.

A close source told Saturday Beats that Oritsefemi is not responsible for Danku’s ill fortune.

According to the source: –

“The two of them are no more working together as business partners and it is official. They had since parted way after Oritse Femi released his last album. That was before Danku became ill. I think what happened between them was that Oritse Femi was not happy with the way his album was handled. It is only coincidental that he had the problems after they split but Oritse Femi has nothing to do with his problems. The truth is that he is better now and he has since been discharged from the hospital. He is already at home and his wife is taking care of him but he does not want to address the press now,”