The South African pastor famous for praying for his congregation until they took their clothes off is in the news again. This time his congregation ate a live snake during service after he told them it would become and taste like chocolate.

The church posted images on social media. The pastor is seen dangling a live snake and dropping it into the mouths of his congregants.

The pictures were captioned: “Man of God declared a snake to become a chocolate (chomp) and the congregation ate it. We have authority to change everything into anything and it will obey because of our authority” 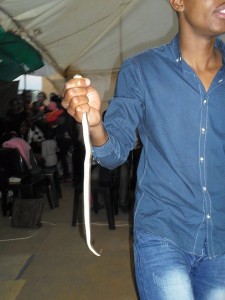 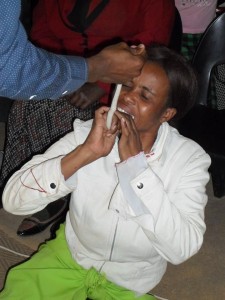