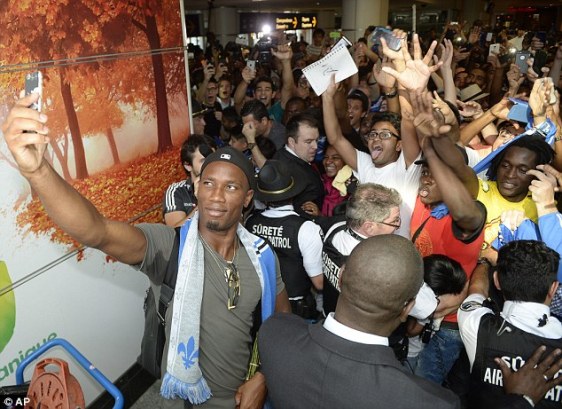 The Chelsea legend was mobbed by hundreds of fans as he arrived the Pierre Elliott Trudeau International Airport in Montreal, Canada yesterday Wednesday July 29 after agreeing to join Major League Soccer side, Montreal Impact, believed to be 18-months in length.
The 37 year-old Ivorian star left Chelsea in May after playing 381 games for the Blues and winning four Premier League titles with the London club. See the photos below…….. 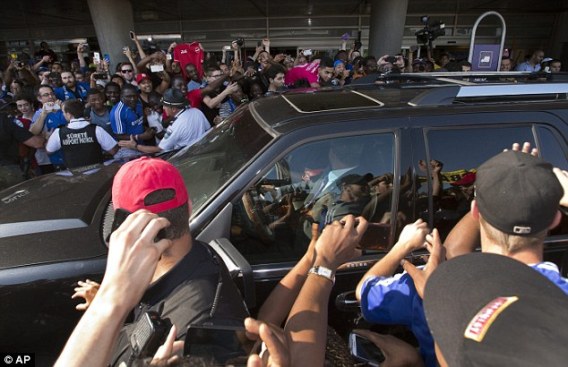 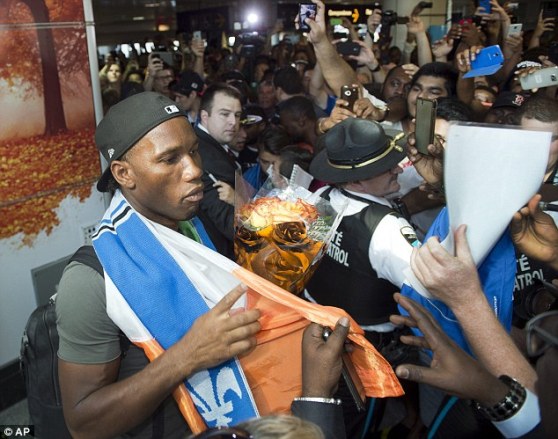 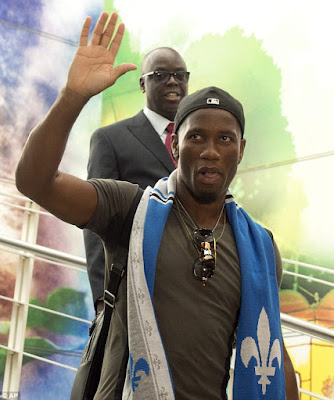 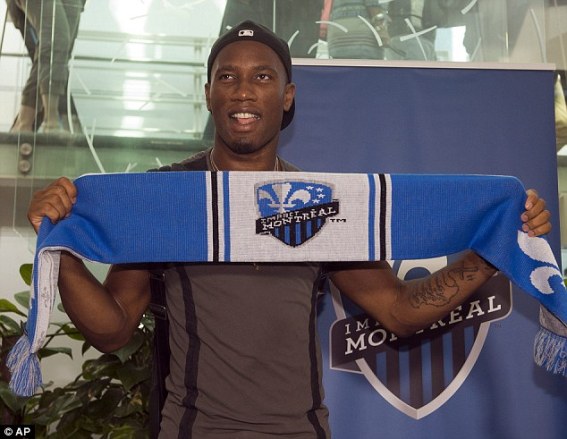