Popular movie producer who is also a pastor is said to be down with paralysis. 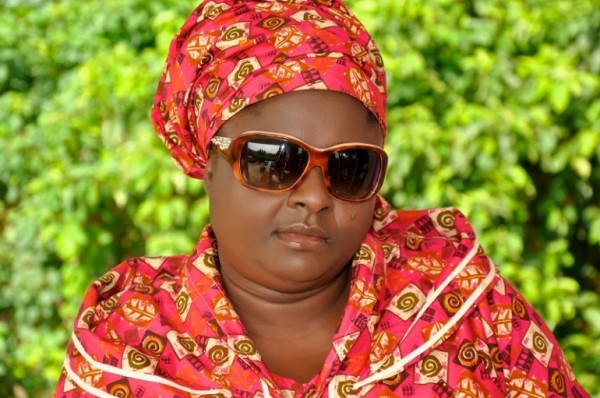 Helen Ukpabio, the General Overseer (GO) of Liberty Foundation Gospel Ministries Church, that has its headquarters in Calabar, Cross River State, is reportedly sick with paralysis.

Those close to her have come to reveal that she has spent so much on the ailment but she is still not totally fit.

However, those close to the top Nollywood movie producer said she is battling a spiritual attack from her presumed enemies.

It should be recalled that Helen had said she spent many years initiated into Olumba cult from age 14, and was betrothed to Lucifer as would be wife, before she was found by the Lord and started Liberty Church.

“I was initiated into Olumba cult at 14 years of age, and was also betrothed to Lucifer as would be wife. This automatically qualifies me to attend a spiritual school for the Royals. I was trained in concepts of mysticism, occultism, spiritism, Satanism, demonism and general cultism. The idea of developing strategies that will aid in keeping activities of the cult alive and seeing more human registering with the occult kingdom is the number one goal of the occult kingdom.

Finally, the Lord brought me out in His own time. I was saved, born again, sanctified well taught in the word. I was 14 years when Olumba seized me to work for Satan but at 17 years, the Lord brought me out to His glory. In 1992, I received a call into full time ministry; this is how Liberty Foundation Gospel Ministries was born. The aim being to set the captives free by the gospel, ever then the Church has grown forward,” she wrote on her website.

Ukpabio is known for fighting mysticism, demonism and occultism through her church, so many are surprised that she is suffering such sickness and is unable to deliver herself.

Ukpabio is also a movie producer and she is known to produce movies through which she spread the view that children can become possessed by evil spirits.

She produces her movies under the Liberty Films, a subsidiary of the Liberty Foundation Gospel Ministries.
Evangelist Akpabio has over 30 movies to her credits. Among her movies are End Of The Wicked, Echoes of the Ancestors, Rapture 1 and 2, Kids Are Angry, Wasted Years, Grace to Grace.

She has also written over 30 Christian books.

In 2012, Helen Ukpabio’s three brothers, Charles Akpabio, Joseph Akpabio and Emmanuel Akpabio were shot dead by the police led by one Noel Nduka on March 25, 2012 in Mbente, Ini local government area of Akwa Ibom State.
On hearing the news of the death of their brothers, another of her sister went into coma and never came out of it.

In the same year her mother died as a result of the shock she suffered after witnessing the shooting of her three sons.

In an interview after the death of her siblings, Ukpabio was quoted to have said: “I still can’t believe my brothers and sister are no more. In fact, I hardly sleep since the incident.”