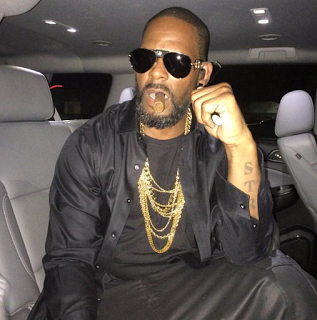 According to TMZ  R. Kelly’s brother Bruce Kelly is suing him because he hasn’t been paid in over 3 months. Read report below…

“R Kelly worked his brother to the bone — 144 hours/week according to Bruce Kelly … who says he never got a dime, so now he’s blowing the whistle on the singer with the State of Illinois. Bruce says his younger bro hired him in March as a personal assistant and driver, and they had a verbal agreement — for $700 a week, Bruce would do food runs and chauffeur R. Kelly. But the brotherly love faded after Bruce started working overtime without seeing any green.

According to docs filed with the state labor board, Bruce says he sometimes had to wait up to 12 hours in the car for R. Kelly … and never got any sleep.

He tells us he even spoke to R. Kelly about the $11k in back pay he claims he was owed … but baby bro didn’t care. Bruce says he put his foot down after 3 months because he’s “not working for nobody, not even his brother, for free.”

The labor board is still investigating his claim. We reached out to R. Kelly’s reps, but no one’s gotten back to us.

Fun Fact: This isn’t the first brother R. Kelly has thrown under the bus. Back in 2008 R Kelly claimed it was his brother Carey, not him, in a video having s3x with an underage girl