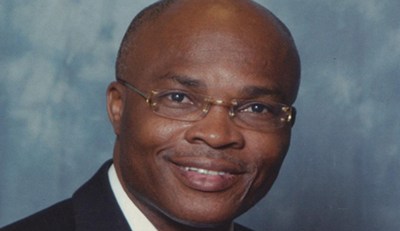 A former governorship aspirant of the Peoples Democratic Party in Edo State, Barr. Kenneth Imasuagbon, on Saturday led thousands of his supporters to defect to the All Progressive Congress at Ewohinmi, Esan South East Local Government Area of Edo.

Popularly known as “Rice Man”, due to his annual rice sharing ritual to the poor in the state, Imasuagbon resuscitated the PDP in the state in 2009 when he reconciled warring factions in the party.

He was also a founding member and major financier of the defunct Action Congress.

Speaking at the event, Imasuagbon said he was returning to his base to support infrastructural development in the state.

He described the APC as a party for the progressives, whose vision is to among other things, eradicate poverty from the land.

He said, “I joined APC since January this year but we have not had the opportunity to celebrate it due to the elections. But thank God we are celebrating today. I wish to reassure you the people of the state that your sacrifices would not be in vain. I promised to continue to sacrifice my time, energy and resources as I have done over the years in adding value to the lives of Edo people.

“I am indeed proud of our Edo ancestry and the laudable works being done by our governor, Adams Oshiomhole. Oshiomhole is our leader and mentor and we will continue to celebrate him for all he is doing for our people. My advice to Edo people is that we should remain steadfast in our belief in the creation of an egalitarian Edo State and that by so doing we will achieve the Edo State of our dream by the grace of God and good governance”.

Leader of the APC in the locality, Victor Eboigbe said the coming of Imasuagbo would add value to the APC in Edo Central and the state as a whole.