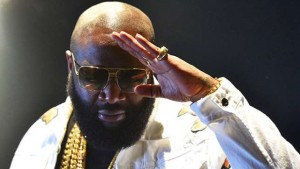 Superstar American rapper, Rick Ross, could end up losing ownership of his Fayetteville property should he violate the conditions of his bond by threatening a witness or obstructing justice, says his attorney.

You would remember that the Mayback Music label boss was finally released from jail a week after being arrested on assault and kidnapping charges.

A Fayette County judge approved of his release on $2 million bond on Wednesday, July 1 after he made a difficult deal with the judge.

He also reportedly has to wear a GPS ankle monitor.

They claimed that Ross dragged Zamudio into the guesthouse of the Fayetteville mansion and beat him repeatedly.

Ross was also said to have pointed a gun on the victim’s chest and threatening to shoot him.

The prosecutors alleged Ross reaction was due to the fact that Zamudio, who lives in the property, invited his friends to the mansion to celebrate his birthday.

Ross was arrested on Wednesday, June 24. According to a statement in the arrest warrants, “The victim was then questioned under duress and forced to answer questions at gunpoint. The victim suffered two chipped teeth as well as serious jaw and neck injuries.”

“The victim lost use of his jaw and is restricted to soft foods and liquid diet only as a result of not being able to chew food,” the arrest warrants further stated.