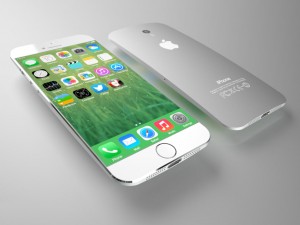 16 year old Vincent Parker pleaded guilty yesterday to murdering his parents Carol and Wayne Parker last December. The boy says that there was no specific fight that prompted the brutal MURDER. The sadistic killer told authorities, ‘I just remember getting mad,’ Parker told the court. ‘It’s all from my dad. All this stuff like my dad taking away my iPod and stuff.’ The story gets worse. Vincent was an only child being raised by his hard working parents, Carol, 57, and father Wayne, 55, in their Norfolk, Virginia home. They did everything right – they lived in a good neighborhood, and helped Vincent become an honor roll student.

But the boy snapped one day . . . and turned into a monster. On December 19, 2013, Vincent left school early while his dad was still at work. He showed up at the family home and surprised his mother – by dousing her in pepper spray.
While the 57 year old woman was blinded and unable to defend herself, Vincent stabbed his mother in the eye, and then beat her with a crowbar and metal baseball bat ‘until she stopped breathing’. A medical examiner noted 25 separate smashes and stabs on Mrs Parker’s neck, face and head.
The animal then waited patiently over his dead mother’s body until his father came into the house. He surprised his dad and hit him in the back of the head with a crowbar, smashing his skull. He then stabbed his father multiple times.
Luckily his father didn’t die from the mortal wounds. He managed to call 9-1-1 and tell them what happened. When the ambulance arrived, Carol had already died. Wayne survived a short time but died in the hospital. Yesterday, Vincent plead guilty to two counts of second degree murder. A psychological evaluation found him to be both 100% sane and intelligent. He was charged as an adult and will be sentenced in September. – See more at: