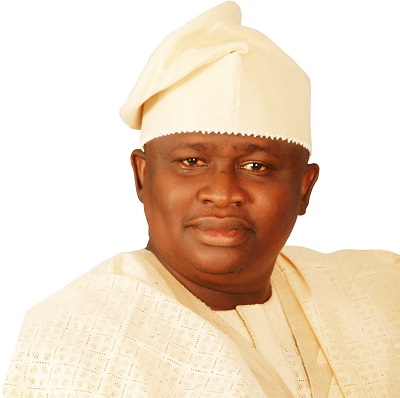 The senator in a statement by his Media Adviser, Chief Kayode Odunaro in Abuja, cautioned the deputy senate president against playing partisan politics with the resurgence of Boko Haram attacks in recent times.

But Mr. Ekweremadu has denied media reports that he said the insurgency, which was greatly diminished under the previous administration, had experienced a re-awakening since President Muhammadu Buhari took over in May, 2015.

“…Whereas Senator Ekweremadu expressed concerns over the resurgence of Boko Haram attacks in parts of the country, at no time did he try to blame it on the present administration. It is instead on record that he not only commended the efforts of the present administration, especially in building international support and synergy to tackle the monstrous group, but he also called for greater inter-party, intergovernmental, and international collaboration to address the problem”, a statement issued on Friday evening by his Special Adviser, Media, Uche Anichukwu, read in part.

Nonetheless, Adeola described Ekweremadu’s comparative narrative on the resurgence of Boko Haram attacks as reported in some newspapers on Friday, as a partisan mindset of one playing politics with insurgency.

He said, “It is very worrisome that Senator Ekweremadu, who has been a presiding officer of the Senate under the PDP administration since the inception of Boko Haram about six years ago, will expect the insurgency that his party and PDP administration could not resolve to be eradicated by Buhari in six weeks.

“I believe his comparison of recent attacks under Buhari with that of outgone Peoples Democratic Party administration is informed by partisan considerations of exonerating the PDP from the mess left behind by 16 years of PDP rule.

“It is regrettable that Senator Ekweremadu could come to the conclusion that Boko Haram insurgency has worsen in the last few weeks in comparison to thousands of civilians and military lives lost, destruction of communities as well as the national agony and ordeal of the yet to be resolved missing Chibok girls under the PDP administration”.

Adeola noted that what should be paramount on the minds of all Nigerians now is how to put an end to the insurgency permanently which, according to him, was not going to be an overnight assignment.

He pointed out that Buhari and the security agencies were already working out strategies to curtail the focus of Boko Haram attacks on “soft targets” in recent times.

The senator added that the insurgents resorted into bombing when it was obvious that the military had weakened them in the battle field where they hitherto had territorial control.