Six-year-old Promise Eboye, should not be alive, at least going by the four gory looking stab injuries on his back. The boy survived an attack that would have killed even an adult had the injuries been sustained in vital parts of the body. 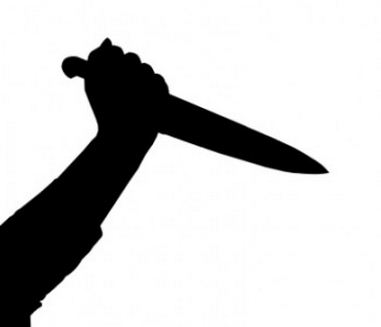 Promise, a bright and sharp boy lives with his mother and step-father in Kollington area of Ijaiye, Lagos, while his biological father lives in Benin, Edo State.

At about 8am on Monday, Promise’s mother, Comfort, stabbed her son four times, inflicting life-threatening injuries on the boy’s body.

The broken bottle the woman used on her son tore into the boy’s flesh inflicting one three-inch injury and another two-inch injury on the boy’s back. Two other wounds looked equally horrific but were not as long and deep as the other two.

Neighbours said if Promise had not run away from his mother, who held tight to his wrist and stabbed him as he screamed, he would have been stabbed to death.

What manner of crime could such a young boy have committed, people who witnessed the scene have asked.

On Wednesday, our correspondent visited the woman’s house on Olawoyin Street. The story that Promise, his neighbours and the hospital workers told could only be described as incredible.

Promise, who seems to have a remarkable memory, told Saturday PUNCH that his mother has a “N30 cane”, which she uses to flog him, even when he had no idea what he had done wrong. He said she would sometimes beat him till he could not walk.

“My mother is wicked,” Promise said simply, quietly. As shocking as that sounded, coming from a six-year-old, it explained the kind of treatment the boy had been experiencing in the hands of his mother. Promise said he had been living with his father in Edo State since he was one year old. But when he was five, his mother came to take him from his father’s house.

The boy said, “I was sweeping the day she came. I did not know her as my mother. My father then told me that she was my mother and she had come to take me to Lagos.

“When we came to Lagos, I started to live with her and my step-father. But she beat me all the time.”

Asked what happened on Monday to make his mother stab him, Promise said he tripped and fell.

He said, “When I fell, my mother asked me what pushed me and why I fell. She was angry and went to take her N30 cane. When she was beating me too much and I was screaming, one of our neighbours came to hold her hand to take the cane away from her. The woman said I should run away because my mother would kill me the way she was beating me.

“My mother said ‘I will kill you, I will kill you’. When she could not find anything else to beat me with, she took a broken bottle on the ground and started to stab me on the back.”

Promise was rescued by alarmed residents, who took him to a private hospital nearby.

But by the time the boy was taken to the hospital, Comfort had planted another story in the boy’s head.

Pastor Charles Agboola, a pharmacist who founded the hospital, said the two people who brought Promise in said the boy fell down and landed on a broken bottle. When Agboola’s wife, a nurse, asked the boy what actually happened, Promise told her that he was watching two people fight when he sustained the injury.

The nurse told our correspondent, “He told me that they pushed him and he landed on the broken bottles but when I informed my husband, he said immediately that the story could not be true. I also noticed that the wounds were not consistent with that story.

“It was shocking that the boy’s mother was not remorseful in any way. It was when she dashed out of the door under the pretence that she was going to look for money for the boy’s treatment, that a crowd from their street, who were coming to the hospital ,grabbed her and told the true story of what happened.

“When we asked Promise why he lied, he said his mother had told him what to say when asked how he sustained the injury.”

Mr. Agboola told Saturday PUNCH that by the time the boy was about to leave the clinic, he was crying.

“He said he did not want to go back home. We fed him, gave him any kind of food he wanted because I could not leave the boy to suffer even though nobody paid us any money for his treatment. We even prayed for him. Anytime we brought up the issue of who would take over his care when he was released from our hospital, he became very sad,” the pharmacist said.

Neighbours told our correspondent that Comfort sometimes punished the boy by smashing his head against a wall whenever he did something wrong.

Comfort was later handed over to the police at Ijaiye-Ojokoro Division.

Comfort, who is nursing a toddler, said Promise stepped on her baby, which was why she became angry.

When Promise’s biological father was later contacted, he initially said he wanted nothing to do with the issue.

“I have other children – I have produced boys and girls. Whatever she likes, she should do with her son. When she likes, she would take the boy to a motor park and send him to me through a driver,” the man said.

Later when he was told that his ex-wife was in police custody, he said he would come to Lagos to pick the boy.

He explained that Promise had been treated and discharged from hospital. As of the time of filing this report, Promise was being housed at the Lagos State social welfare home.

Later on Thursday, Comfort was arraigned at an Ojokoro Magistrate Court, Lagos on charges of assault occasioning harm and attempted murder.

Promise’s father also came to Lagos on Thursday to take the boy. The father declined to speak on the issue when our correspondent tried to ask him some questions. “I only came to Lagos to pick the boy,” he said.