Home Metro News Some Of Our Schools Not Habitable For Even Animals, Says Niger Gov
Facebook
Twitter
WhatsApp 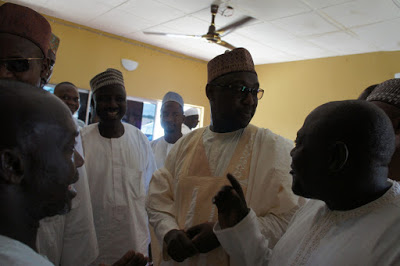 The Niger State Government has decried the deplorable state of primary and post primary schools in the state.
Governor Abubakar Sani Bello, who stated this when he carried out an unscheduled inspection tour of schools in the state, decried the condition of hostels in some institutions, especially secondary schools, saying they are “not habitable even for animals”.
The governor also expressed his displeasure with the standard of food served to boarding students.
“We have visited hostels where even animals would not like to live in, just as dogs would not eat the food served”, he lamented during a visit to Maryam Babangida Girls Science School, Minna.
Speaking further, he said, “it’s unfair to blame students for failing examinations when they study in filthy environments and receive subpar instruction. It is also not right to blame teachers for poor performance without providing them tools to aid teaching”.
The governor vowed that his administration would provide better conditions for both students and teachers.