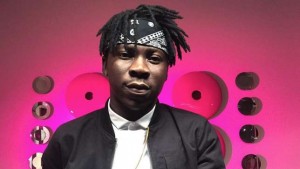 A lot of reports have been circulating on various online and offline media outfits that Ghanaian act, Stonebwoy, rejected a deal from GLO telecommunications.

However, he has confirmed that GLO telecommunications contacted his management to sign him as  a new brand ambassador but he said the deal is in the pipeline.

“In contracts like this, I don’t think money should be the center of attention because even GH¢1 is money. It is the impact of the contract to both parties that matter”, he said.

Stonebwoy, however added that he doesn’t know the details of the contract since he has been out of the country but his management team is negotiating with GLO.

The Dancehall artiste also confirmed he has a new endorsement deal with car brand, KIA.

He added his management and agents of KIA in South Africa are close to reaching an agreement.

He revealed KIA has given him a customized unreleased KIA Sorento car, as a commitment which he used throughout his stay in Durban.