Subscribers to MTN network have decried MTN’s silence on its adoption of 16 digits recharge pin which they described as yet another insult to its customers in Nigeria. 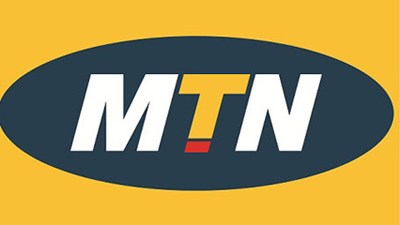 Speaking with THISDAY during the week, the president of National Association of Telecommunications Subscribers (NATCOM), Deolu Ogunbanjo,  expressed shock over the development as he was just getting to know as there was no prior notice to its implementation.

According to Ogunbanjo, there was nothing wrong in the new development. He however frowned at the failure of the company in carrying stakeholders along, a development he described as an infringement on customers’ right.

“MTN is becoming more arrogant in the business environment. In the recent time, they have been exhibiting unNigerian-like  behaviour and this is rather unfortunate. Recently, the company fired its Nigerian outsourcing firm and gave the job to a South African based Agency. Also the Nigerian Communications Commission (NCC) has warned the company to stop running advertisement  on its Tru Talk package ,but they have refused to heed the regulatory body’s directives even as I speak.  Now they have chosen to switch to 16 digits pin but without making it public, for me not to have been knowledgeable about this, so will it be for many others. Right to be informed of any new development about a product is consumers inalienable right as guaranteed by the Consumers’ Protection Council to which MTN has denied its customers”, he complained.

Contacted, MTN Public Relations Manager in Nigeria, Funsho Aina confirmed that there was no formal communication on the latest  move except for  the notice that was on its twitter and facebook pages.

The notice reads, “We wish to confirm that the 16 digit logical PINs currently in circulation are genuine.

While the new 16-digit PINs will ultimately replace the regular 12 digit PIN currently in use, please note that all recharge cards with the 12-digit PIN remain valid while stock last.

Asked the motive behind the move, they responded, “No reason”.

The South African owned Telecommunications Company in June made a switch from 12 digits to 16 digits logical pin and till date, not many are aware.

From our investigations,  the few number of users aware of this development got to know at the point of purchase.

According to  kikelomo Mofikoya, a primary school teacher who uses MTN, she almost had a fight with the card seller when she saw 16 digits as against the 12 digits she was used to.

” When I bought the MTN recharge card and saw 16 digits, I almost exchange blows with the seller, thinking it was fake, not until I loaded it and saw it to be real. MTN got it wrong by not making announcement to that effect”.

While the company claimed to have passed a notice via the social media, it was also discovered that the new 16 digits had been in circulation long before the notice was communicated on 28th June, 2015.