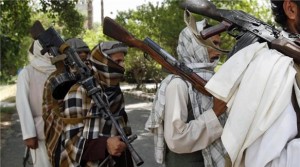 The Taliban has elected Mullah Akhtar Mansoor as its new leader, Taliban sources have told Al Jazeera, as the group confirmed the death of their Mullah Omar. The election, which was reported on Thursday, has not been officially confirmed by the Taliban, but a commander present at the meeting to elect Mansoor also confirmed the report to Reuters news agency:

Reports said the election was held in Pakistan’s city of Quetta.  Mansoor will be only the second leader the Taliban have had since Omar, an elusive figure rarely seen in public who founded the group in the 1990s.

In an interview with Al Jazeera, Yehia Ghanem, a journalist who covered Afghanistan for years, said Mansoor is a “key figure” in the Taliban organisation, serving as the governor of Kandahar before the American invasion. “He actually led many intelligence operations, very important and major ones, in which he beat the biggest intelligence apparatus in the world,” Ghanem said.