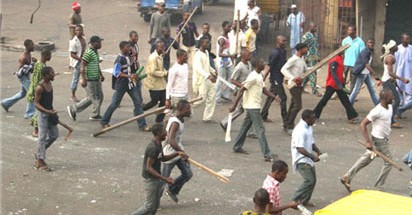 Governor Darius Ishaku of Taraba State, on Wednesday said he has met with Governors of Benue, Nassarawa and Plateau to find lasting solution to the lingering border crises facing the States.

Ishaku made this known in Jalingo when he received a delegation of the Tiv people of Taraba who paid him a courtesy visit.

The governor, who thanked the people for the visit, assured them that everything needed to be done would be done to ensure that peace returned to the state to pave way for development.

“I know the pains of the Internally Displaced Persons in the state and I am working round the clock to reduce attacks in the state.

“I must bring peace before talking of reconstruction and rehabilitation of those affected by the prolonged internal and border crisis in the state.

“I recently met with my friends the governors of Benue and Nasarawa and Plateau all in a bid to ensure that attacks on the borders of the three states are dealt with”, Ishaku said.

Ishaku added that he had instructed security men to intensify surveillance at the borders and other flash points in the state.

The governor said he would soon set up peace committee and convene security meeting to fashion out ways of ending the crises and explore the possibility of IDPs returning to their homes.

He assured the delegation that his administration would carry every section of the state along in order to foster unity and development.

Earlier, Mr Dennis Nev, the leader of the delegation, urged the governor to ensure timely return of the IDPs to their ancestral homes.

Nev, a retired Permanent Secretary, Government House Administration assured the governor of continued support of the Tiv community to enable him to deliver on his campaign promises in the interest of the state.

While expressing confidence in the leadership qualities of Ishaku, Nev urged him to consider competent Tiv sons and daughters for employment and appointments into government offices. (NAN)