Over the weekend reports went viral that an Atlanta based woman had accused music star Timaya of r*ping her. 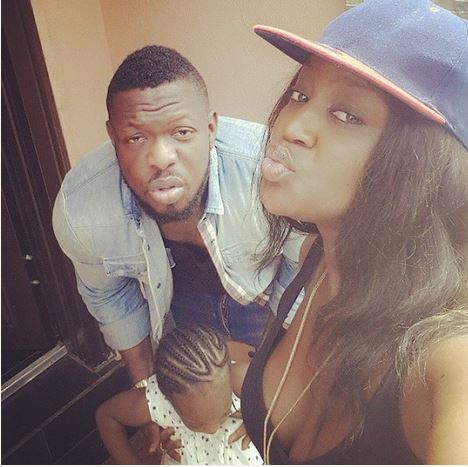 The allegations were made last Thursday and carried on all through the weekend on Instagram under the identity ‘ExposingtherealTimaya,’. She put out a bunch of screenshots of texts between herself and Timaya as well as recorded phone conversations.

In one of the posts the lady who later identified herself as Shella B. wrote,

You are a rapist. I will make sure the world knows it. You might want to cancel your show and get out of Atlanta because I am going to the police.

However in an interview with Punch, Timaya flat out denied r*ping the woman but he did confess that they had consensual sekz. Which means he cheated on his baby mama Barbara who just two weeks ago gave birth to their second child.

She is a fan who follows me on Instagram. She started by sending direct messages and if you looked at the screenshots my manager released, you would see that on many occasions running into weeks, I wouldn’t reply her. But when I got to Atlanta, we agreed to meet. There was no r*pe and you can deduce this from the recordings she released. There was consensual s*x, no doubt. Or, how would you describe a woman who travelled down to my hotel and made out with me, only to start a tirade? She is just being mischievous.

Timaya’s accuser Shella B.
Gosh men! Your baby mama just had your child though! Anyway one can only wonder how Barbara is taking all this.

On Sunday she shared a picture of their adorable first daughter Emma, which she captioned,

Even when the devil tries to steal my happiness your smiles sunshine makes life more beautiful…..Happy Sunday ya all?

And just this morning she posted this quote,

In an interesting twist of events in the midst of all the r*pe allegations levelled against Timaya she released a single.