Nigeria’s overdependence on crude oil as a source of national revenue has resulted in neglecting other multi-billion revenue sources like tourism and agriculture. There are several countries around the world that make billions in dollars from tourism alone. An example is Dubai. Whenever anybody with a fat bank account is thinking of a place to go on vacation at, the first place that comes to mind (if it’s your first time) is Dubai. If Dubai is to be compared to Nigeria in terms of numbers of tourist destinations to visit, Nigeria will be far ahead. But when talking about how much the two countries make from tourism, Nigeria is the opposite of far ahead, Nigeria is far behind. Why? Because we’ve not properly harnessed our tourism potentials. We’ve managed to make popular very few of the tourist points we have. But the truth is, we can do a whole lot better. There are several other breathtaking tourist destinations that even Nigerians do not know about; how much more foreigners. INFORMATION NIGERIA is ready to contribute our bit to help make known the relatively unknown tourist destinations that have the potential to generate massive revenue for this country if properly managed. 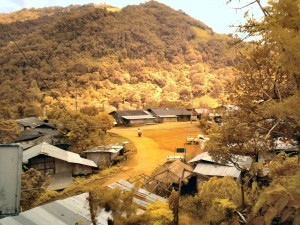 A trip to the Nok Village in Kaduna State launches visitors into physical romance with the so much talked about culture of the Nok people. The cultures have been known for over 2,500 years. The Nok culture is better appreciated appraising the excavations made by the numerous scholars and Remarkable for its height, the minaret is said to have served as a watch tower against advancing attackers. The minaret which was built for sighting enemies has been transformed into a sightseeing attraction, having been declared a national monument. 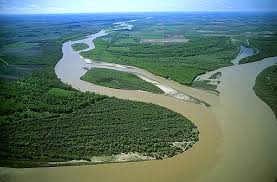 Confluence of Rivers Niger and Benue

River Niger remained a marvel to the Europeans until John and Richard Landers passed through the Confluence on October 25th 1830, completing the journey that Mungo Park had started. Rivers Niger and Benue are two largest rivers in West Africa. The two rivers meet at Lokoja forming a Y-shaped structure and draining Southwards into the Ocean. While River Niger is brownish in Colour, River Benue is light green in colour. Fishing is carried on extensively on the Rivers. The Inland Water Ways Divisions of the Federal Ministry of Transport also runs ferry and boat services on the River. 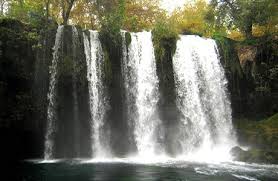 The Owu Waterfall is at Owa Kajola, lfelodun Local Government Area of Kwara State. It is about 120m above water level. The surrounding is evergreen while the waters are ice cold. 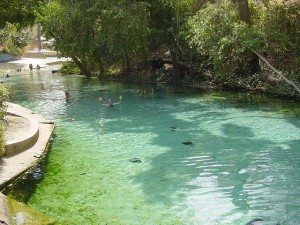 Pategi Kwara State is located along River Niger and enjoys a bounteous stretch of sandy beach currently used by local fishermen. The Regatta pavilion is constructed on the beach and, together with the recently constructed regatta complex, Pategi beach has potentials for great holiday resorts.

The Ancient Town of Badagry 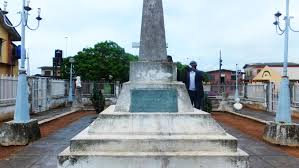 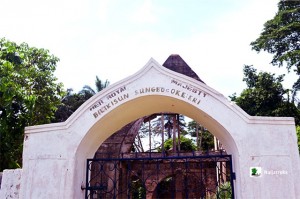 Birikisu Sungbo Shrine, is a relatively popular tourist centre in Ogun State. It is located at Oke Eri near Ijebu Ode, off the ijebu-ode/ibadan road in the Ijebu Ode Local Government area.

The Shrine lies, less than 125 Kilometres from Abeokuta the Ogun State capital, 50 kils, from Ibadan the Oyo State capital and some 100 kilos from Lagos. It could be reached by motor vehicle through Motorable roads .

There is a sign on the lbadan/ljebu main road which proclaims “Ogun State Tourist Centre Birikisu'”. Here, one turns off to reach the shrine.

Birikisu Sungbo was otherwise regarded as the Biblical Queen of Sheba. Her tomb, the shrine is fast becoming the “Mecca” of Nigeria.

For every year at all Moslem festivals, religious groups, of the Moslem faith converge at the shrine to offer prayers and seek the favour of the spirit of the devout woman.

The great attention that Birikisu still commands derives from the belief that whoever visits her shrine and asks for anything in sober reflection will have his/her request met.

She is said to be the Biblical Queen of Sheba. She was an Arab. She was said to have met King Solomon with whom she fell in love, and became one of his numerous wives. Later, the Queen of Sheba in her age returned to Oke-Eri where she died and was buried. 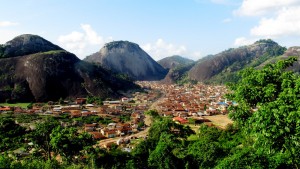 The historic Idanre Hills, situated in Idanre town about 20 kilometres from Akure, is in Idanre/lfedore Local Government Area of Ondo State. Towering into the sky and shimmering in the morning sun, make them beautiful tourist attractions.

Idanre with the seemingly impregnable hills looks like art ancient castle. The top of one of these hills with the six hundred steps which must be climbed before tourists can appreciate the work and beauty. 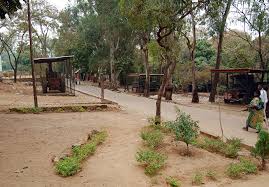 This is the most developed man made Wildlife park in Nigeria. It covers 8SQ kilometers of land enclosing; hills, streams and varied vegetation with picnic sites. 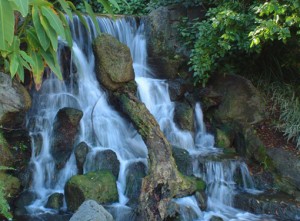 Assop Falls
It is located 61 kilometres from Jos Akwanga road in Barkin Ladi Local Government Area of Plateau State. It is a crowd pulling weekend picnic resort surrounded by beautiful rocks and trees.

Tourist can engage in swimming, rock climbing , picnicking, etc, in a peaceful natural and adventurous environment. Thatched round huts are available for relaxation. Bar services are also available. 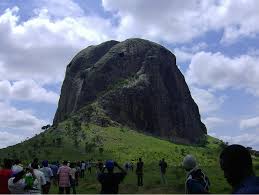 Wase Rock
Located in the outskirts of Wase town about 216 kilometres South-East of Jos. Available records indicate that this beautiful massive dome shaped rocky inselberg is one out of the only five in the world. One of the very few breeding places for White pelican birds in Africa.

The remarkable rock which rises abruptly to 350 metres above the plain of Wase town is a centre of attraction for curious geographers, geologists, mountaineers, and bird watchers.