The journal ranked the universities based based on the amount of citations there are for the university’s work. 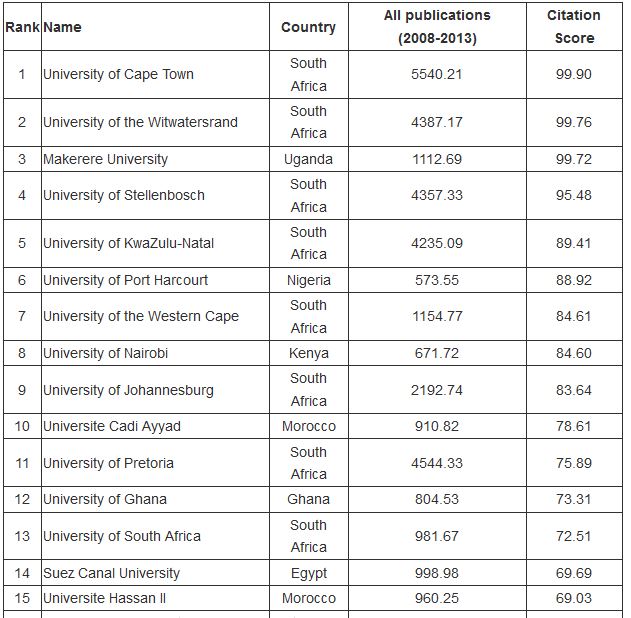 Phil Baty, editor of the THE World University Rankings told the BBC World Service that the plan is to “develop more metrics to capture a wider range of activities at African universities” and the top 30 is designed “to get a conversation going”.

“Naturally what you find is the richer, better-funded universities in Cape Town and Johannesburg are more likely to attract and retain the leading scholars, they can offer slightly better terms and conditions and it means they are publishing higher quality work in higher quality academic journals,” he said.

The top 30 was calculated using the ratio of the citations received by an institution’s publication output between 2009 and 2013 and the total citations that would be expected based on the average of the subject field. 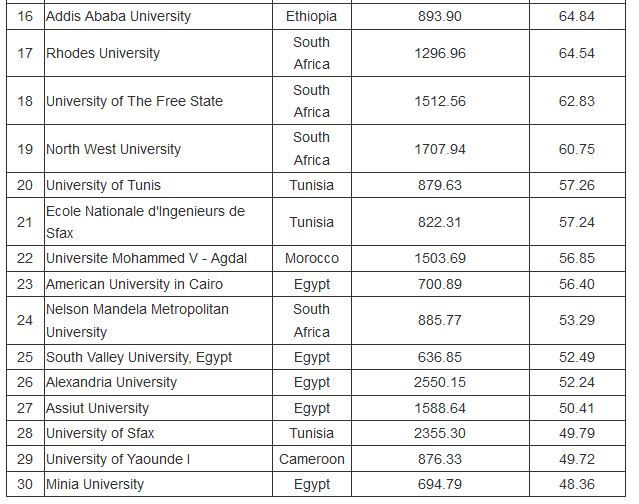