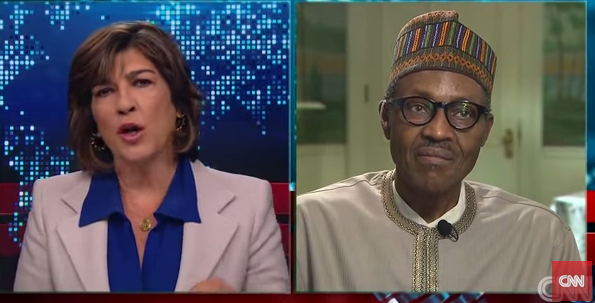 President Muhammadu Buhari departed Nigeria for the United States on Sunday on a four-day official visit. He has met US President Barack Obama who he discussed several issues concerning the country, including security and the economy.

While in Washington, Chief International Correspondent for CNN Christiane Amanpour, who has a history of grilling Nigerian leaders interviewed President Buhari on his fight against Boko Haram, corruption and his ability to deliver on his campaign promises. He also said his administration would be willing to negotiate with terrorist group Boko Haram to bring back the abducted Chibok girls.

President Buhari said it was too early for people to start judging him as he has more than three and a half years to deliver.