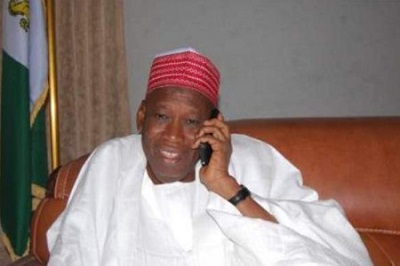 The Kano State Government on Saturday described as false, the report in some national dailies and online media that Gov. Abdullahi Ganduje has banned Christians resident in the state from going to church on Sundays.

Speaking with journalists on Saturday in Kano, the Commissioner for Information, Muhammad Garba, said the report was false and unfounded.

“Our attention has been drawn to the rumour making the round, particularly in the online media, regarding the restriction of movement of people, Christians or Muslims to attend places of worship in the name of a direct policy or under the guise of any other policy.

“I want to state here categorically that the story is a complete lie, false and lacks any iota of truth and substance”, he said.

Mr. Garba said that the state government was very much aware and mindful of the freedom of religion as enshrined in the constitution of the Federal Republic of Nigeria.

“We in Kano State as a people and a government cherish and respect our religious differences and therefore will never introduce any policy that will be inimical to our peaceful co-existence and mutual respect”, he said.

The commissioner then called on journalists to always check facts and balance their stories and report with high sense of fairness and responsibility.

Garba noted that government extended the monthly sanitation exercise up to Sunday but only for staff of the Refuse Management Board, to enable them clear up the heap of refuse in the state.

He said, “The Sunday evacuation exercise was not meant to restrict the right of movement of any person or persons like any other day; but was for the staff of REMASAB to clear the heaps of refuse that must have piled up in their surroundings”.

He expressed the determination of the state government to implement people-oriented programmes.

He also stressed government’s determination to develop infrastructure in the state as part of the initiatives to improve the welfare of the people.