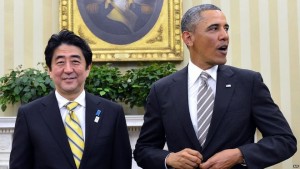 The US has been spying on Japanese cabinet officials, banks and companies, including the Mitsubishi conglomerate, whistleblowing website Wikileaks says. Documents released by Wikileaks list 35 telephone numbers targeted for interception by the US National Security Agency (NSA).

The surveillance extends back at least eight years, Wikileaks said. Wikileaks has previously released files showing the US spied on Germany, France and Brazil – like Japan, all allies.

There has been no comment from Japan on the latest claims. A Wikileaks statement said the latest revelations “demonstrate the depth of US surveillance of the Japanese government”.

The documents, marked “top secret”, reportedly show that the US was listening in on conversations at Japanese government ministries and offices.