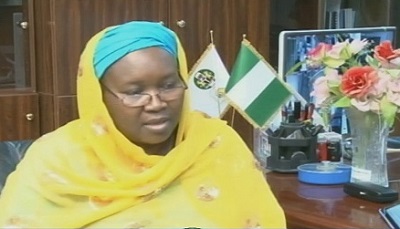 President Muhammadu Buhari has been urged to appoint a substantive chairman for the Independent National Electoral Commission, INEC, so that the electoral body can commence preparations for the 2019 general elections.

Mrs. Amina Zakari, a national commissioner, has been acting chairperson of INEC since June, when Prof. Attahiru Jega’s five year tenure ended. However, questions are now been raised concerning her continued stay as acting head of the electoral body since her tenure as a national commissioner too, has elapsed,

In pressing home their argument, Okoye, Nsirimovu and Akau said a substantive INEC boss should be appointed without further delay to drive the process of reforms needed for credible elections in 2019.

“The President should exercise due diligence and appoint persons with the requisite courage, competence, ability and expertise to fill the vacant positions created in the Electoral Management Body.

The President should, in making the appointment, bear in mind that the Constitution specifically excludes members of political parties from being appointed into the Electoral Management Body.

“Appointing card carrying members of political parties or persons affiliated with or with sympathy to any of the existing parties will compromise its independence and erode the gains made so far”, the statement said.

The trio pointed out that President Buhari could appoint Mrs. Zakari if she meets his criteria and her name should be forwarded to the Senate for confirmation after consultation with the Council of State.
“It is important not to leave her in Acting capacity for too long as so doing has its own self-imposed limitations and limitations of action”, they argued.

They urged political parties, public affairs commentators and other stakeholders not to erode the confidence of the Nigerian people on the electoral management body through comments and utterances that are laced with ethnicity and religion.