In a bizarre story that has continued to  baffle investigators and residents of a Lagos community, three generations of a family have died during the delivery of a baby. It was gathered that on May 7, 2015 Dr. Bosun Owolabi, was called when 34-year-old Edith Ororobi, went into labour to give birth to her first child. 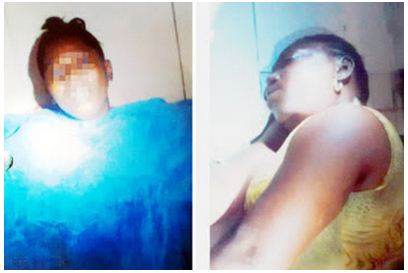 The doctor allegedly ran to the house at Bogije Town in Ibeju-Lekki area of Lagos at about 3am.
But by the time he was done with the delivery, Edith; her 61-year-old mother, Elizabeth Ororobi, who witnessed the procedure, and the newborn baby, were all dead.

Police sources said that Owolabi instantly fled the scene only to contact a relation of the victims on the phone and explained how the grandmother had died of shock after her daughter and newborn grand baby had died. The man, who was contacted was Elizabeth’s younger brother, Jite Tubman.

In his statement to the police, Tubman explained that at about 3.14am on May 7, he received a call from a doctor, whom he later learnt was Dr. Owolabi.
Tubman said,

“The doctor said my elder sister died of shock after realising that her daughter, Edith, had died during delivery.
“The father of the dead newborn baby, has travelled out of the country. I later reported the case to the police, who took an ambulance and followed us to the house.”

The bodies of mother, child and grandmother were deposited at the Lagos Island General Hospital.
A police source said that by the time they got to the scene, Owolabi, was nowhere to be found.

“The mother was found in a pool of her own blood while the baby was found dead on a bed. The grandmother was also found on the floor lying on her right side. We are still searching for the doctor. The family has even refused to come forward after reporting the case,” a police source said.

When Saturday PUNCH contacted Dr. Owolabi on the phone to get his side of this story, he said his lawyer would be in a position to tell the story better.

Asked to explain what actually happened during the delivery and why he was on the run, Dr. Owolabi said,

“I am not on the run. That is a lie. I was never arrested and I am not aware that the case is now at Panti (DCI). I cannot say anything further.”

The police believe that Dr. Owolabi works with the Government Health Centre at Arapaji Village, Ibeju-Lekki but explained that the case has been stalled because the family seemed not to be interested in it.