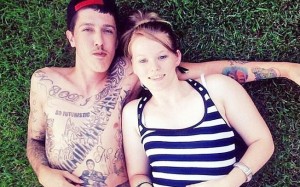 A family was left shattered over the senseless death of a husband and wife. Police in Georgia, responded to a call, reporting a single car accident around 2:00 a.m.

When they arrived, officers found a young couple dead in the car. The couple died from gunshot wounds. The husband, Anthony Costner, 24, was shot in the head, face and hand, while his wife, Catherine Costner, 22, suffered a single gunshot wound to the stomach.

WWWN reports that Catherine was rushed to a hospital, but she did not survive. Their 3-year-old daughter, who was in the back seat of the car, witnessed the shooting, but was unharmed. Cynthia Quinn, Catherine Costner’s mother, said that the couple was out late because they were responding to a call from someone they knew.

Quinn now believes that the couple was lured out of their home to be killed. Police did not confirm her version of the events. Powder Springs police are investigating the shooting. Police Chief Matt Boyd has not ruled out a murder-suicide.