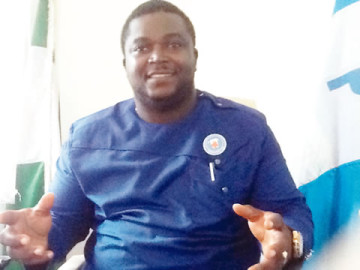 The Progressive Peoples Alliance has decried the appointments made by President Muhammadu Buhari, saying they do not reflect fairness, equity and balance in all the geopolitical zones of the country.
The party pointed out that minority groups were excluded from the appointments.

The National Chairman of the PPA, Peter Ameh, in a statement on Saturday in Abuja, observed that Igbos and other minority groups had been excluded by President Buhari in the recent appointments.

He said, “It will be a very big pain and disappointment for those minority voters, who stood their ground to cast their votes for him, to so treat their people in this lopsided manner”.

According to Ameh, the appointments have betrayed the All Progressives Congress-led Federal Government’s bias towards the development of Igbo people and other minority tribes in the country.

The PPA chairman said even if the Federal Government had, at least, selected anybody of Igbo extraction from Rivers State to create some semblance of political balance, the appointment would have been well received but “It is painful to see that the South-East zone, which constitutes the third leg of the tripod on which Nigerian nation was built as of independence and even today, has been conspicuously missing from all the sensitive appointments so far made since his resumption of office as our dear President”.

Ameh added that “It is our humble opinion that there should be some sense of fairness, equity and balance in all appointments at the federal level so that justice can be seen to be done to all zones of the country.

“The recent appointment of President Muhammadu Buhari may be seen as a further confirmation of the fears of Nigerians about a perceived regional agenda of the present government.

“The APC is blessed with stalwarts and gatekeepers from all zones of the country, including members from the South-East, who staked everything to canvass support for the party in their zones. So many friends of the President, like Ogbonnaya Onu, who contributed so much for the successes recorded by APC, contributed to their (APC’s) victory at the polls”.