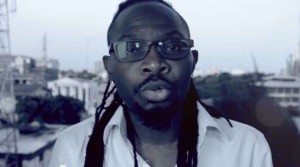 We all know Wizkid found fame after he signed onto Banky W’s co-owned music label, Empire Mates Entertainment; OJB revealed that he discovered his talent and even met with Wizkid’s parents to convince them to allow him pursue a career in music.

Speaking to The Punch, he said, ‘To set the records, I discovered Wizkid’s talent. We basically started his career and I remember when we had to push Wizkid around and take him for shows but nobody was ready to allow him to perform because they were not ‘feeling’ him at that point in time.

‘When he had the chance and said he wanted to move on and try other things, we were behind him then too. If we did not discover him, he would not have been with us. I was the first person to go to his family house to tell them that it would be a nice idea if they allowed him to go into music.

‘We have been there from day one but not everybody know this story, we don’t just make noise about it. It is not Banky W that discovered him, I did. I would soon be 50 years old and I think it would be funny if I start blowing my trumpet,’ he said.