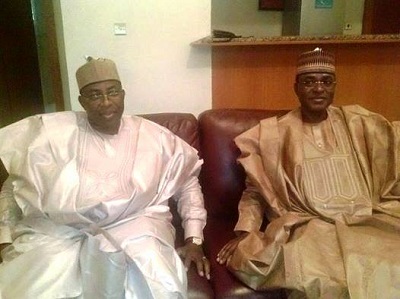 A committee set up by Bauchi State Government to recover property illegally allocated to individuals by the immediate past administration of Isa Yuguda has recovered 64 vehicles and 97 parcels of land, the chairman said.
The Chairman, retired Air Commodore Ahmed Tijjani-Baba, made the disclosure in an interview with the News Agency of Nigeria (NAN) in Bauchi on Friday.
Mr. Tijjani-Baba explained that the vehicles were among 100 listed by the committee for recovery from highly placed individuals, politicians, former commissioners, special advisers and top civil servants.
He said the vehicles were allocated to the beneficiaries by the last administration on May 28, 2015, a day to the swearing-in of the present administration.
Mr. Tijjani-Baba said that the committee discovered that the vehicles were purchased by the former administration between January and May and auctioned to the beneficiaries without due process.
He said efforts were being made to recover the remaining 21 vehicles through various legal strategies.
Mr. Tijjani-Baba disclosed that the committee also recovered all 97 plots whose certificates of occupancy were earlier revoked by the committee.
He explained that the plots belonged to state government institutions but were allocated to individuals.
Mr. Tijjani-Baba further explained that 89 plots out of the number belonged to Bauchi State College for Arts and Science but allocated to individuals in the name of “curved outs”.
He explained that eight plots were also curved out at the premises of Bauchi State Agricultural Development Programme and allocated to individuals.
“We have also recovered the 89 hectare land worth N650 million along Bauchi to Gombe Road and served 33 occupants of government houses at Gubi with notices to pay off their bills.
“We have also served those who bought government houses at Tambari Housing Estate to pay off their outstanding balances within two weeks”, the chairman said.
(NAN)