Melinda Gates is wife to the richest man in the world, Bill Gates. She was pictured yesterday washing plates in a village in Malawi.

According to Forbes magazine’s annual list of the world’s billionaires, Bill Gates’ net worth is $76 billion and the billionaire’s spouse Melinda, who describes herself as a “philanthropist, businesswoman, mother, passionate advocate for women and girls,” shared these photos of herself on her IG page. .

Melinda has been described as one of the world’s famous social activist “who is trying to serve the people in ignorance.” She’s pictured with a 20-litre bucket of water on her head alongside two other Malawian women, walking on a dirt road. See photos below. 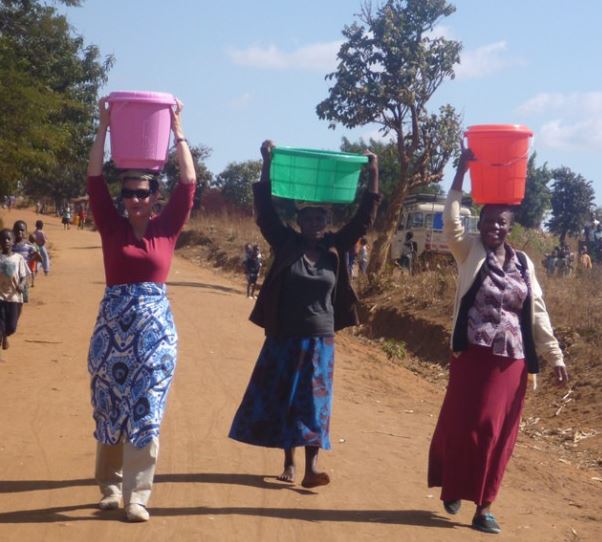