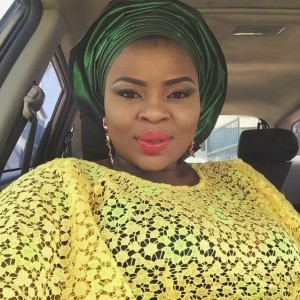 Apparently, Idris Elba has added another die hard fan to his fan list.

In a recent chat with Vanguard, the Nollywood actress, Bimbo Thomas revealed that she would like to kiss Idris Elba.

When asked about the actor she would like to kiss, she said “Internationally, it’s Idris Elba, but lately I’ve had a crush on Terrence Howard. Locally, it’s John Dumelo (Blushes).”

On the most memorable kiss she ever had on set, the actress said “It was with Femi Branch. I’ve forgotten the title of the film now but we played lovers and we had to make it real, and we really kissed. He had his back turned at me, and he said something. Instead of me to respond, I just grabbed him and started kissing him; even the director was stunned. He is my friend though and I know his wife.”