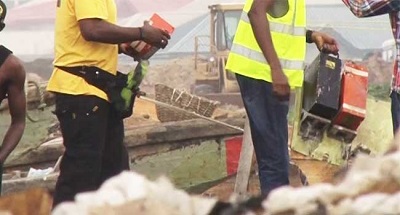 The Black Box of the ill-fated Bristow helicopter that crashed into the Lagos lagoon Wednesday, has been recovered, the Accident Investigation Bureau, AIB, announced on Friday.

The box contains the cockpit voice and the flight data recorders of the aircraft and an analysis of its contents can shed light on what happened.

The Commissioner of the AIB, Felix Abali, made this known while displaying the two devices to aviation correspondents at the bureau’s headquarters in Lagos.

The helicopter crash resulted in the death of six persons including the pilot and the co-pilot while six others survived.

The cause of the crash is yet to be ascertained.