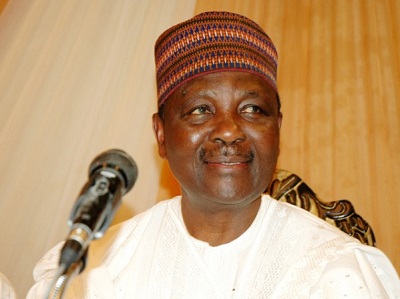 The former military ruler, who is also the founder of Nigeria Prays, said this on Sunday at the National Prayer Rally, which held at the Olive Tree Parish of the Redeemed Christian Church of God, Ikoyi, Lagos.
According to Gowon, Boko Haram insurgency had been the most disturbing of all the problems bedeviling Nigeria.

“There is need for Nigerians to begin to change their orientation and begin to pray according to the will and purpose of God. The only way prayer can be of benefit to all is for us to ask that God’s will be done. We should pray that God will answer our prayers in way that it will be a blessing to all”, he said.

The elder statesman said the incessant suicide bombings in the country were enough cause for worry.
He said, “It is sad that some people wilfully take their lives and the lives of others. This is a great concern. There is no longer respect for lives. There is no regard for human dignity. This is worrisome.

That is why I really want to appeal to Nigerians to raise an altar of prayer for Nigeria. We should consistently pray and constantly ask that God will cause his mercy to flow in our nation. The bloodletting is embarrassing and ungodly. It is time for us to raise our voices and cry to God for His mercy on our land.

“If God could save the Biblical Saul who later became Paul, I am confident that God can touch the lives of these people called Boko Haram. We know they are faceless and nobody knows their agenda. That is why I believe that it is only God who can really intervene in their lives and bring a change”.