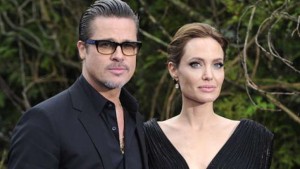 Since the super-rich and famous couple starred in Mr and Mrs Smith released in 2005, they haven’t been on any other movie together.

After 10 years, Angelina Jolie and husband Brad Pitt are back on the scene together for a drama title “by the sea”, set to be released on August 7, 2015

Judging by the first trailer starring the real-life couple, Pitt as Roland and Angelina as Vanessa; an estranged couple who took a vacation on a French resort to work out their issues, not sure what the central cause of grief but it seems there are going to be a lot more tears.

By the sea, was written, directed and produced by Angelina Jolie Pitt and will in theatres in November.