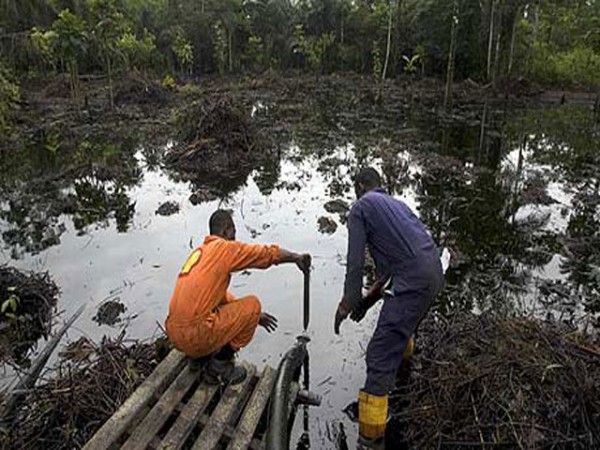 In keeping with his avowed commitment to working for the development and well-being of all Nigerians, President Muhammadu Buhari Wednesday in Abuja approved several actions to fast-track the long delayed implementation of the United Nations Environmental Programme (UNEP) Report on the environmental restoration of Ogoniland.
The actions approved by President Buhari, based on recommendations to him by the Executive Director of UNEP, the UNEP Special Representative for Ogoniland, Permanent Secretaries of the Federal Ministries of Environment and Petroleum Resources, and other stakeholders, include the amendment of the Official Gazette establishing the Hydrocarbon Pollution Restoration Project (HYPREP) to reflect a new governance framework comprising a Governing Council, a Board of Trustees and Project Management.
According to a statement by his Special Adviser on Media and Publicity, Femi Adesina, the President further approved that the HYPREP Governing Council should be composed as follows:
Ministry of Petroleum Resources – One Representative
Federal Ministry of Environment – One Representative
Impacted States (Rivers) – One Representative
Oil Companies & NNPC – 4 Representatives
Ogoniland – 2 Representatives
United Nations System – One Representative
Secretariat – Headed by Project Manager

Following a meeting held on the directive of President Buhari, it was also agreed that a contribution deposit of 10 million United States dollars will be made by stakeholders within 30 days of the appointment of members of the Board of Trustees for the Trust Fund who will be responsible for collecting and managing funds from contributors and donors.
A new implementation template has also been evolved at the instance of President Buhari, and the environmental clean-up of Ogoniland will commence in earnest with the President’s inauguration of the HYPREP Governing Council and the Board of Trustees for the Trust Fund.