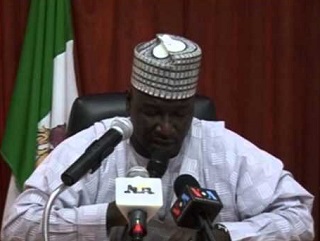 President Muhammadu Buhari on Saturday said he received news of the death of the Deputy Governor of Borno State, Alhaji Zannah Mustapha with shock and immense sadness.
According to a statement by his Special Adviser on Media and Publicity, Mr. Femi Adesina, the president extended condolences to the deceased’s family and friends on behalf of himself and the Federal Government.
Adesina said President Buhari also commiserated with Governor Kashim Shettima and all the people of the state on the loss of Zannah, who died in his sleep while on an official assignment in Yola, Adamawa State on Saturday.
“President Buhari joins Governor Shettima, members of Alhaji Zannah’s family, his friends, political associates, colleagues in the Borno State Government, constituents and supporters in praying that Almighty Allah will receive his soul and grant him eternal rest”, the statement added.