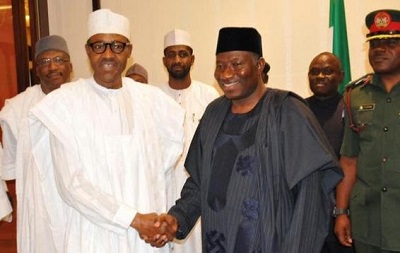 President Muhammadu Buhari on Sunday replied former federal ministers who questioned the sincerity of his anti-corruption crusade, saying it is not intended to tarnish anyone’s image.

The ministers, who served in the administration of ex-President Goodluck Jonathan, had in a statement yesterday, warned against the frequent name calling of members of the Jonathan government and subjecting them to media trial.

In his response, the president, through his Senior Special Adviser on Media and Publicity, Garba Shehu, asked the country’s latest “trade union formation, the Association of Ex-Jonathan Ministers to do a bit of self-reflection on the sort of government they handed to President Muhammadu Buhari back in May to determine for themselves if it would have been right for any incoming government, not just this one to ignore the issue of the brazen theft of public assets, perhaps the first of its kind we have ever seen in this country”.

“Earlier statements made in this regard that there is no witch hunt or malice against anyone in the pursuit of the county’s stolen assets still stands”, Shehu said in a statement, Sunday in Abuja.

The presidential spokesman added that the war against corruption knows no friend nor foe just as he added that there was no intention to deny anyone of their good name where they are entitled to it.

According to the statement, President Buhari reserves the highest regards for the country’s former leaders including Jonathan, who he continues to praise to the high heavens for the way and manner in which he accepted defeat in the last election.

“For the purpose of emphasis, the issue of fighting corruption by President Buhari is non-negotiable.
“It is sine qua non to the overall reconstruction of the economy and social systems which suffered destruction and severe denigration under the last administration. President Buhari will not be deterred or blackmailed into retreat and surrender”, the statement stressed.

Shehu added that no one in the opposition Peoples Democratic Party, PDP, can accuse President Buhari of undermining the economy when “all they handed over to him is at best, was a tottering economy hobbled by corruption and the absence of due process”.

He added that the situation in Nigeria has become worsened by the continuing fall of oil prices, which is expected to fall even further with the imminent full return of Iran to the global oil market.

According to Mr. Shehu, all the president has been doing is to put things together, organize to defeat Boko Haram, pay outstanding salaries, clean up the mess left behind, improve security and restore Nigeria’s relationships with neighbours and the world.

Wondering what the former ministers are afraid of, he queried if they have become a new trade union overnight.

“Let this collection of ex-VIPs allow the President the peace he needs to handle the reconstruction of the economy and the nation in a manner that most serves Nigeria’s best interests.

“President Buhari does not need these types of distraction presented by the so-called association of former ministers”.