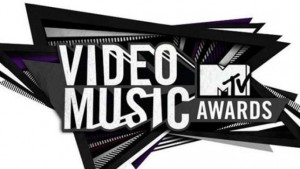 The MTV awards is just around the corner and we get to find out who is sitting next to who at the 2015 MTV Video Music Awards.

The name cards revealed on Friday ahead of the VMAs shows list of celebs taking the front row at the 32nd MTV VMAs event, which is expected to be held at the Microsoft Theater in Los Angeles, California on August 30, 2015.

Miley Cyrus is the host of the show.

The red-carpet show will begin at 6:30 p.m and we got you covered for all the scoops and gist.

Justin Bieber: the rappers will be wedged in front of fellow nominees Pete Wentz and Patrick Stump of Fall out Boy.

Seated directly behind him will be nominees Big Sean and E-40.

Taylor Swift: will be sitting in the first row a few seats away from Gigi Hadid who will be next to a boyfriend’s younger brother, Nick Jonas.

Pharrell Williams:  I think the “Happy” hit maker got the best seat, apart from him performing at the show he will be surrounded by Demi Lovato, Colbie Caillat, and  Rita Ora,

Colbie Caillat: she is one of the nominees, she will next to the former Fashion Police host Kelly Osbourne by her left.

Miley Cyrus: the “Wrecking Ball” star will be on stage hosting the 2015 MTV Video Music Awards.

Interestingly, Kylie Jenner and presenter Britney Spears are seating in the front row next to each other.

Emily Ratajowski: American model and actress will be seated near Silento, and the American musical duo from Columbus Twenty One Pilots, and others.