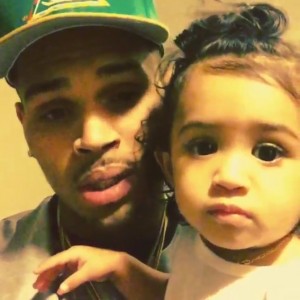 Since Chris Brown let the world know about his daughter, she has become the only thing he talks about and thinks about.

The American superstar singer who’s currently working on his next album took to Twitter to reveal the name of his album.

Breezy wrote “MY NEW ALBUM WILL BE NAMED ‘ROYALTY’”.