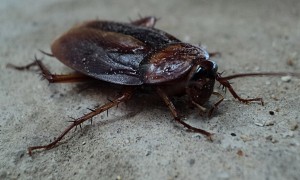 A teen rushed to a hospital after waking up in the middle of the night with severe pain and itching in his ear, doctors in China said.

The 19-year-old man identified as Li of Guangdong, woke up in the middle of the night after his right ear began itching and hurting. He asked his friend to examine his ear with a flashlight, but nothing was detected.

In the morning, as the pain grew stronger, Li rushed to the hospital, where doctors examined his ear and found that it was full of small insects.

Specifically, a female cockroach made a nest in the ear and hatched a total of 25 babies the size of small mosquitoes. The doctor who treated Li, said that thanks to the quick intervention, the patient prevented significant damage to his ear.