An eyewitness has explained how travellers including him have been left stranded on Akure road via Owena by community members who blocked the highway in protest of the death of a young boy. According to him, he gathered that a commercial driver yesterday knocked down a boy who was part of the community and so community youths and men woke up this morning to block the highway leaving hundreds of travellers stranded on the highway which has resulted into a gridlock. 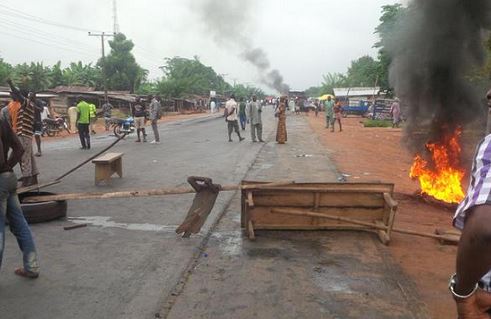 Amazingly some soldiers arrived the scene, carefully removed the road block and continued with their journey without returning peace back on the high way. See his tweets below. 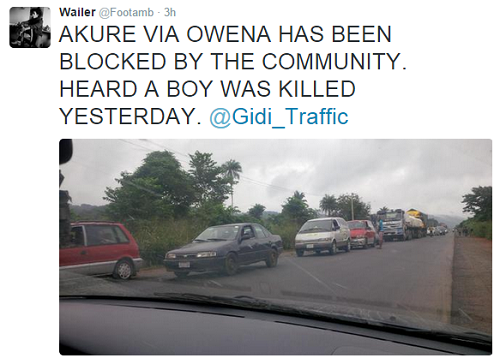 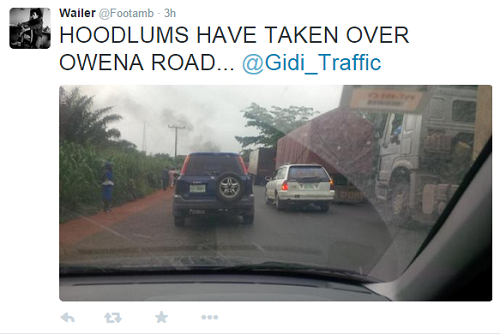 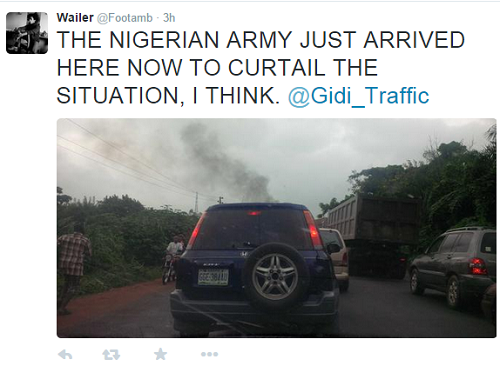 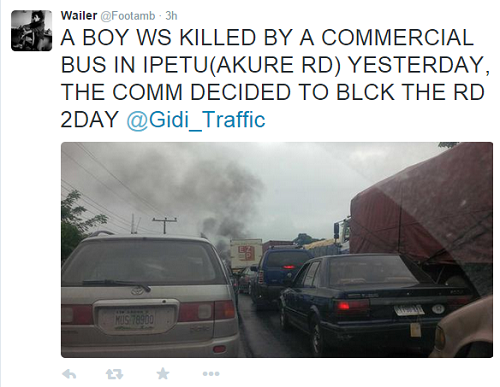 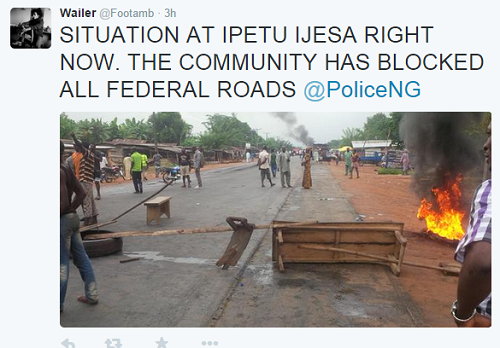