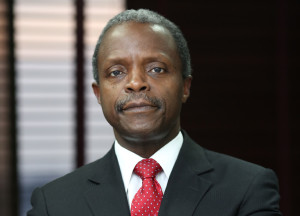 Speaking while delivering a key speech at the 55th Annual Conference of the Nigerian Bar Association (NBA) in Abuja, Osinbajo said the penchant for graft was high in the country.

“Indeed the truth is stranger than fiction in this matter of corruption in the public service.

“A great deal of talent and enterprise that should focus on creativity and innovation is concentrated in wealth seeking activities,” he said.

Osinbajo also said that enforcing contracts and the general area of dispute resolution in the country were bugged down by ”judicial process that is slow, burdensome and notoriously open to dilatory tactics.

“Perhaps even more damaging to attracting investments is the largely and compelling narrative that Justice can be purchased.

“Even local investment suffers when there is a sense that the Justice system can be compromised.”