The deputy governor of Borno State, Zannah Mustapha died in Yola, Adamawa state this morning during an official trip to the state. Mustapha, who had gone to Yola yesterday to attend the convocation ceremony at Moddibo Adama University, retired to his room last night and failed to wake up this morning. He’d died in his sleep at a government guest house in the state capital. 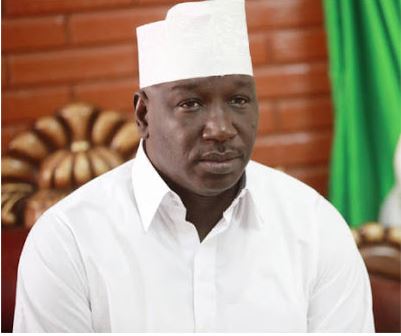 He was found unresponsive around 8am after his aides entered his room when they noticed he hadn’t woken up for early morning prayers. He is believed to have died of cardiac arrest. Borno state governor has since confirmed his death to reporters. May his soul rest in peace, amen