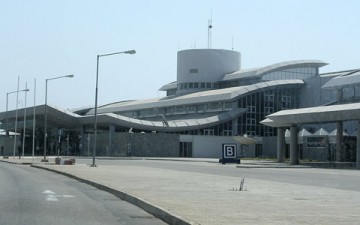 The Department of State Services (DSS) has arrested a fourteen-year-old boy, Sulaiymon Abdulraman alias Sunday Ajayi, who was working for the Boko Haram sect at the Nnamdi Azikiwe International Airport, Abuja.
The suspect, a native of Kogi State, was arrested by the DSS in liaison with Aviation Security while controlling a spy network mounted by the Boko Haram terrorists.
On interrogation, Abdulrahman disclosed that he infiltrated the airport with the assistance of a certain Dauda Sadiq (Peter), whose is presently at large.
A statement signed by Tony Opuiyo of the DSS quoted the suspect as revealing that he was directed by Sadiq to spy on the installation and pass to him information in respect of travelers’ movement, including passenger screening, boarding procedures and other processes in the departure and arrival halls.
According to the statement, “With this knowledge, the Service is working closely with major Aviation stakeholders, especially the Aviation Security Department to forestall any possible attack and to ensure adequate security at the airports.
“This is aside other measures which have been put in place to ensure protection of lives and property across the country”.
Opuiyo reminded members of the public to remain vigilant and patriotic by being security conscious at all times.
While calling on the public to report all issues and persons of suspicion to the nearest security agency, the DSS further enjoined them to assist with information that could be useful in stamping out insecurity with a view to making Nigeria safe for all.